Character Education; A part of the Solution

The event will be taking place virtually: Thursday 26th November 4pm-5.30pm. A link for the conference has now been sent to all members registered for the conference, if you have not received your link please contact admin@character-education.org.uk.

David Benson
The founding Principal of Kensington Aldridge Academy (KAA). He led the school from it’s opening with just one year group in 2014, to an “outstanding” Ofsted rating in 2017 and put the school in the top 3% nationally in terms of the progress students make. David led KAA through the challenging circumstances following the Grenfell Tower fire in June 2017 and was awarded by  The Times Educational Supplement for his Service to Education. David was acknowledged by the Evening Standard’s as being one of the key “Change Makers” in London and is a published writer on education policy.

Damian Hinds
Former Education Secretary, set out the ‘five foundations’ for character education and advocated that character and resilience are equally as important as academic attainment. Damian has served on the Education Select Committee, and chaired the All Party Parliamentary Groups for Social Mobility and for Credit Unions. In 2015 he was appointed Exchequer Secretary to the Treasury, a role which he held until being appointed Minister for Employment in June 2016. 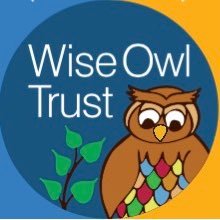 Sophie Murfin
National Teaching Awards finalist, Executive Principle of the Wise Owl Trust. Sophie has led all three primary academies in the Trust successfully through the ‘Schools of Character Kitemark Plus’ award. www.wiseowltrust.com/