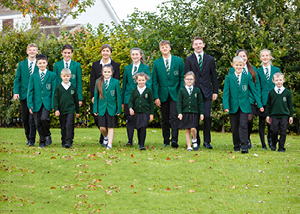 “Bede Academy, as part of the Emmanuel Schools Foundation, aims to be a ‘Character First’ Academy. We are rightly pleased to have been recognised as a place of learning that places primary importance on the development of our character (for both students and staff) as much as on academic excellence. This kitemark rightly recognises the commitment of all members of Bede Academy to ensuring the continued development of our core values of Honourable Purpose, Humility, Compassion, Integrity, Accountability,
Courage and Determination.”

Mr Geoff Smith was one of those involved in reviewing the schools progress towards its status as a School of Character and commented that;

“The leadership and commitment provided by the Principals of both the senior and primary years coupled with strong and committed support from other senior leaders, have ensured a community where values and a focus on equality are placed at the core of all activities and provision, both in the curriculum and the co-curriculum. The Academy has a clearly understood Christian ethos that permeates the life of the school in a most obvious way. Pupils and staff alike were comfortable and articulate when describing how the values promoted by the school impact on their daily lives and were able to provide many examples without prompting of how these values impacted on both achievement and behaviours.”